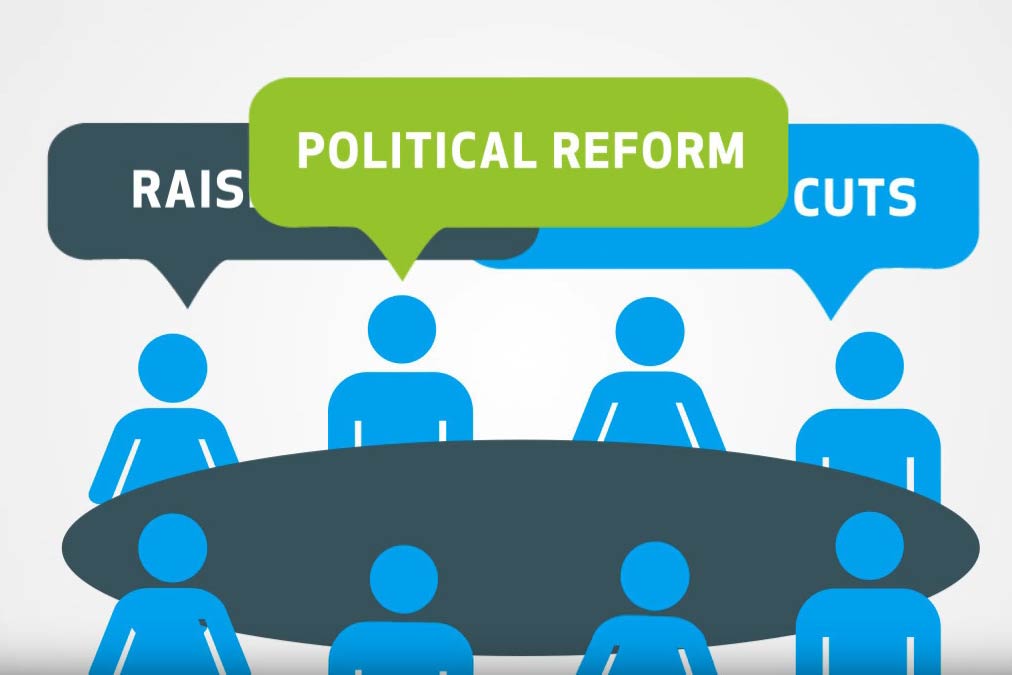 The scope of the research project undertaken by We The Citizens, with funding assistance from Atlantic Philanthropies, spans 3 years and is one of the larger scale deliberative democracy processes undertaken. The final report was launched in December 2011 by the Deputy Prime Minister (Tánaiste) of Ireland Eamon Gilmore.

We the Citizens is an academically grounded organisation formed in response to surveys if Irish voter confidence in political institutions falling to 10% in early 2009 – the lowest in Europe. Its purpose has been to conduct this experiment to test whether democracy can be improved through the process change of random selection and, specifically, the citizens’ assembly model.

The group sought to test the value to democracy of including citizens more directly in decision-making, and found through the process that there was sufficient proof that citizens’ assemblies will work in Ireland. They demonstrated that when people were given objective information and the opportunity to deliberate, not only do they make informed decisions, they also feel a greater connection to the democratic process.

The experiment was conducted in the context of the citizenry being angry about the economic and social crisis they did feel they had any part in creating. A key finding in their report has shown that a citizens’ assembly strengthens democracy by helping to restore trust in the democratic system of government.

Based on the evidence of our academic research and on what we heard and recorded from citizens all over the country, We the Citizens recommended to the Government of Ireland that they adopt a citizens’ assembly mechanism to complement and enhance representative democracy as if reform programmes are to be successful, citizens must feel that they have some ownership in the process. A citizens’ assembly allows that to happen.

This report attached provides a manual for any government, group or organisation on how deliberative methods can help give citizens a greater influence on decision-making and policy formation.