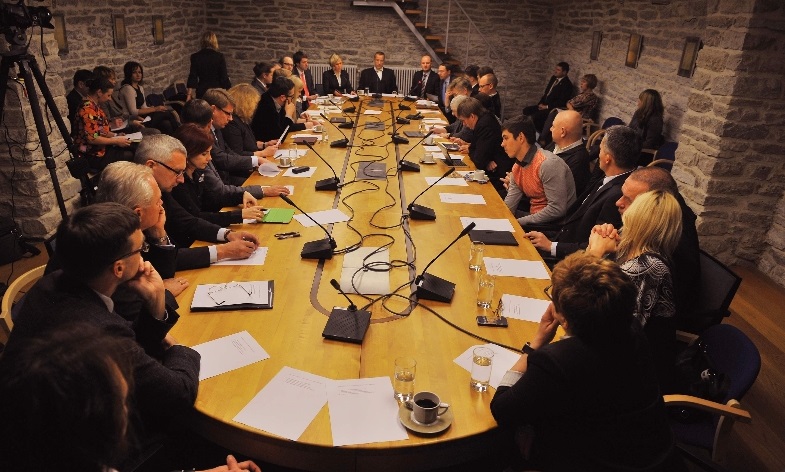 Faced with public dissatisfaction and demonstrations about the financing of political parties in 2011, Estonian MPs initial solutions to the problems did not address the public’s anger, and in 2012 a decision was taken to establish a process for the public to deliberate on donations to political parties and related electoral laws.

A website was created in January 2013, and within three weeks over 6000 submissions were made related to transparency, diversity of political movements and how to reduce unnecessary politicisation in society.

These online submissions were then analysed by experts, including legal and social scientists, officials and politicians. Five discussion seminars were held in March and attended by persons who submitted proposals and experts. The relevance of the submitted ideas and their impact on the solution of problems was assessed, and 18 most important issues were selected for deliberation by a sample of 314 everyday people selected randomly all across the country, i.e. a mini-model of Estonian society according to gender, age and residence. The pros and cons of various solutions were discussed at tables of ca ten people and each participant then selected the option they preferred the most.

Since that time, three of the 15 proposals made to the Riigikogu after the People’s Assembly deliberation day held on 6 April 2013 have become laws, and another four have been partly implemented or commitments in the government programme.