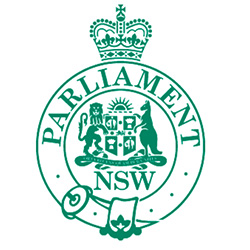 In July 2012, as part of the Inquiry into the Economics of Energy Generation the NSW Parliament will commission a jury style process to make a structured contribution to the public inquiry process.

The Foundation will operate two policy juries – one in regional NSW and one in Metropolitan Sydney – in order to identify an informed view of everyday citizens, and to see this view incorporated into the process of “how we do government” in a structural fashion agreed prior to the commencement of the process.

The Foundation appreciates the support of the members of both parties, and independents, who form the Public Accounts Committee, led by Jonathan O’Dea (Liberal, Davidson) as Chair.

The NSW Government response in June 2013 clearly draws on the Jury’s work: notably Recommendation 12 – an original idea from the Sydney jury, conveyed as such by the PAC, and given a clear answer by the Government. Recommendations 11, 15, 16 and 21 also connect closely with both Juries’ work.

The newDemocracy Foundation funded this process with the donor support of Ord Minnett, contribution of services from volunteer facilitators Rod Matthews and Deborah Cameron, and volunteer Christiaan Zuur.