In this episode, Carson speaks with Professor John Gastil from Penn State University about the history and development of deliberative mini-publics.

John is the author of many books and papers on deliberative democracy including Democracy in Small Groups and is currently undertaking research on the Oregon Citizens’ Initiative Review and has a book coming out about this research soon.

John identifies that the term mini-public has become a term of art and means a randomly selected group with a focused charge, although there is a lot of varieties to how these processes are designed. The core idea of deliberation is ‘weighing’ of evidence, concerns, perspectives before making a decision or recommendation.

John sees these type of processes starting with Ned Crosby (episode 1) and Peter Dienel (episode 2) and with subsequent major developments including:

John suggests that the inter-disciplinary nature of deliberative democracy and the practical nature of the field may be both strengths and weaknesses for the field. Whilst he has an affinity with the practical side of facilitation deliberative processes he sees that his value add is being able to get research grants and write academic articles.

Both Carson and John note that facilitators often come from backgrounds where they have developed interpersonal skills particularly around working with groups, for example as educators, within religious groups. He recommends the book Freedom is an Endless Meeting by Francesca Poletta which talks about group processes in social movements.

He thinks the processes of deliberative mini-publics have become more structured over time and he sees this as a good thing because structure and process provide protection to all participants. See The Tyranny of Structurelessness by Jo Freeman.
John identifies the best facilitators as being:

John suggests that we should think about both deliberative democracy and democratic deliberation to provide a focus on different aspects of the process.

His key conclusion is that deliberative mini-publics work – they demonstrate that all is not lost in democracy today. 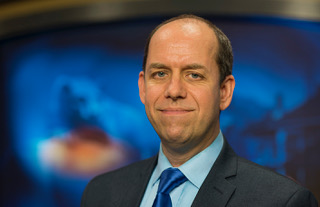 Dr. John Gastil studies political deliberation and group decision making across a range of contexts. His newest books are Hope for democracy: How citizens can bring reason back into politics (Oxford, 2020) with Katie Knobloch and Legislature by lot: Transformative designs for deliberative governance (Verso, 2019) with Erik Olin Wright. His work on the Citizens’ Initiative Review has helped evaluate an exciting new form of public deliberation that should improve initiative elections. His Jury and Democracy Project has investigated, and hopefully helped vindicate, the jury system as a valuable civic educational institution. His work with the Cultural Cognition Project in demonstrating the ways in which our deeper values bias how we learn about issues and form opinions. Professor Gastil has integrated some of the best research in his primary fields of study in two books. Political Communication and Deliberation uses the idea of public deliberation as a way to organize the wider study of political communication, and The Group in Society presents an Embedded System Framework for integrating research on group communication and behavior.