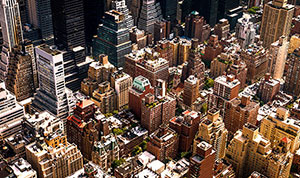 Reproduced with the author’s permission from the work of Marcus Schmidt.

With each citizen being politically active for 50 or more years, the core of this concept is to select one fiftieth of the voting age population each year and engage them in discussion and subsequently an online vote. This voice would constitute an additional house in the parliament.

Such an immense sample means the group is assured of being more representative of the population as a whole than the elite ‘political class’ which is becoming increasingly prevalent today (with some individuals graduating from student politics into staffer roles and then into a representative seat).

Advances in understanding how to deliver effective deliberation online – the role of small groups, personalisation rather than anonymity, rotation of people, and adequate time – are now being reflected in software to ensure that this is not simply government by opinion poll.

The central tenet here is that drawing on the base of the non-political class will ensure a commonsense layer of review. Equally as importantly (and in common with the Popular Branch Model), it provides for a layer of government not bound in a straitjacket of policy conformity, nor are participants bound by promises to donors or a media imperative to secure airtime through extreme positions or bravado. Participants suffer no downside from changing their position as the information provided to them leads them to change their mind.

This is envisaged by Schmidt as an additional layer of government, not one which replaces an Upper or Lower House, or the elected representatives of a council. The question as to whether a supermajority of Electronic Town Hall votes is sufficient to pass a Lower House bill (regardless of the vote of the present Upper House) is a question for individual groups of citizens in each state or country.

b. A key democratic ideal is involvement: under this system every citizen is almost certain to be selected to participate in government at least once in his or her life.

“People just argue online – there is no discussion there either. People will just bring their uninformed political prejudices to the new forum.”

Possibly. Online deliberation is quite different from most people’s experience online – see the Clarification below for further detail. The experience of face to face deliberation is that the citizenry is highly capable of participating without arguing, because the percentage of the population who are highly ideological is becoming smaller and smaller. Whether this phenomenon will extend to a large scale online environment needs to be explored.

“Technology can be broken into – how can you trust an online vote.”

True, but technology can also be highly secure. Spot polling throughout a long term deliberative process would tend to flag any disparity in a final vote tally.

“This is only suitable for modern Western democracies, it is too expensive and inaccessible for emerging democracies in the developing world.”

Entirely true – the model has its limits.

That the use of technology will lead to the inclusion of more people than are notionally excluded through fear or lack of access to the technology. Notable here is that internet use does not decline with advancing age, but it does for those on very low incomes.

The first to envisage direct democracy ‘reinvented’ through mass telecommunications was R. Buckminster Fuller in 1940. He envisaged the central benefits as being a reduction in scape-goating and continuous small corrections in course for major policy areas as no one individual would be facing accusations of a backdown.

What would be the impact of paying participants for their time and engagement through the year? What is the impact if this is in the form of a tax deduction?

What non-engagement rate is acceptable for the community to still accept this as a legitimately representative body?

This concept is applicable at all levels of government, and a pilot project at a local government level is an ideal starting point. The reader who supports this ideal is encouraged to get in contact with local councillors and ask them to consider its merits. As a first step, make contact with newdemocracy and we will ensure you have the supporting materials needed to present your position. If your elected representative has interest, the newdemocracy Foundation can provide support in the form of programme design from our academic experts, identification of ‘best in class’ software, and with potential pilot programme funding to assist a committed council to make this transition.

Many readers equate “online deliberation” with the readers’ comments section they see in major newspapers which is frequently little more than undisguised vitriol. This is unarguably unproductive. Deliberation software offers a productive alternative. Large groups are broken into multiple smaller discussion groups of 5-10 people, and anonymity is discouraged (people are asked to share their occupation and something about themselves). The combination of small groups and identity sharing reduces the appeal of people ‘playing up’ to a large audience. Participants are rapidly rotated between groups (generally weekly) to avoid a fixed hierarchy. Thus in a deliberation on a local government’s park strategy across a number of months a citizen will speak to and hear from up to a hundred fellow citizens.