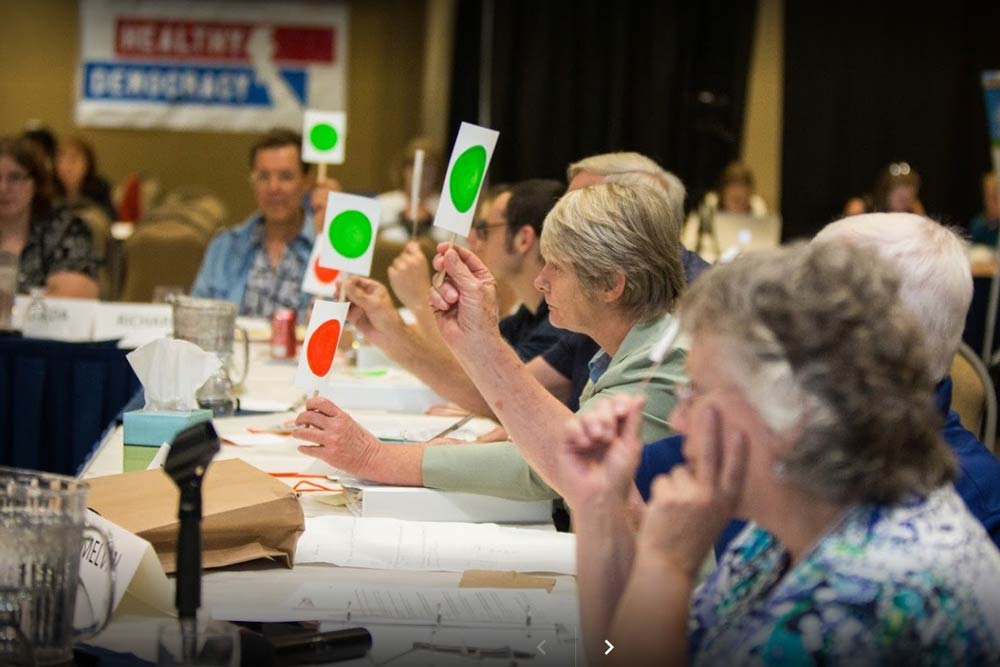 Organised by Healthy Democracy Oregon, the Citizen Initiative Review is designed to allow the citizens of Oregon to evaluate statewide ballot measures. It follows a weight of worldwide research pointing to direct democratic methods (such as referendums in Australia) frequently being poorly understood by voters.

Through the CIR process, a random sample of Oregon citizens come together to hear testimony about the pros and cons of initiatives, discuss the measure over a multi-day period, and then relay that information to the voters of Oregon via a one-page citizen statement summarizing their findings and positions. This statement is added to the voter’s pamphlet, designed to give voters facts and perspectives that they may not have gotten on their own or through the mass media.

The panel hears directly from campaigns for and against the measure and calls upon policy experts during the multi-day public review. For each measure reviewed, a new panel is convened.

In 2010, the Oregon legislature mandated that a pilot of the CIR would be held on two initiatives that were on the ballot in November that year. It is one of the first major deliberative processes called for officially by the legislature and clearly integrated into the governance process through the voter pamphlet. In June 2011, the Oregon Legislature voted to make this permanent.

The strength and relevance of this is in highlighting an innovative technique to link small group deliberation with mass public voting through use of citizens disconnected from funding, donors, factions and other interests.