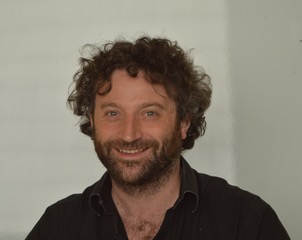 Dr Chris Forman graduated in 1999 with a Masters in theoretical physics from Edinburgh University. He spent four years doing defence research in the UK, first with DERA and then QinetiQ in satellite communications before returning to education in 2004 to complete a Masters in Nanotechnology and a PhD in protein Engineering at Cambridge University UK graduating in 2010.  He took two postdocs – one in bio-inspired manufacturing and one in computational simulations of proteins. He moved to the US for a research position at Northwestern University in 2016 and currently researches how to build computers out of chemicals with a view to changing the way that we manufacture materials to be more like biology.

In 2015, during his second postdoc, he became local area co-ordinator for 38 Degrees in Cambridge and organised and facilitated many public seminars, injecting scientific reasoning into helping locals discuss topics of interest to them. On transferring to the US he became a Fellow of the RSA and, in that capacity, the director of Deliberation Gateway—a national RSA-US network supporting the conversion of US democracy to a deliberative democracy. He is also on the co-ordination committee of Democracy Without Elections—a new grassroots organisation that is the US off-shoot of the Sortition Foundation, and he is the founder of Community Deliberation Network—a local society at Northwestern University which promotes and teaches the proper use of deliberation. He has recently co-authored a book entitled Brave Green World which is published by MIT Press and will be available in March 2021.