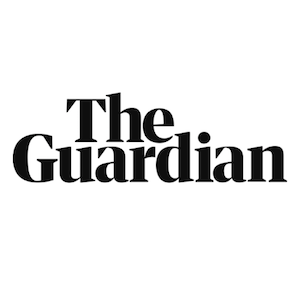 There’s an asterisk on a lot of political analysis, a rider at the end of deliberations about the impact of this or that event: “So long as the voters haven’t stopped listening.”

When Malcolm Turnbull pulled off a budget policy flip that would have made Nadia Comăneci proud, we all pondered whether he had outmanoeuvred Bill Shorten. When Shorten opposed some of the measures, we analysed whether he should have made more of the fact that Turnbull had landed well to the left of the Coalition’s usual positioning.

But it was all predicated on the asterisk, accepting the idea that changes in policy, or reactions to them, could make a difference to voters’ views one way or the other if they were just done well enough. So far, that hasn’t happened.

Budgets have never really delivered a polling bounce but – when pressed – voters approved of a lot in this one. They liked that big banks got slugged, they were supportive of the crackdown on foreign property investors. But it didn’t much change their impression of the government. The budget sales show has continued but, for the most part, the electorate’s attention seems to have moved on, as if the performers are still in the arena but the audience has left.

Many have given up on the show altogether, according to new research that builds on the picture emerging from polling over several years, with different questions by different pollsters providing a slightly different vantage point.

In January, for example, an Essential poll found 40% of the electorate agreed with the statement “the system needs to be fundamentally changed”. Agreement was highest (52%) among voters who already supported “other” parties but also a sizeable 44% among Labor voters, 43% for Green voters and 41% for Liberal National supporters.

The Australian National University’s post-election poll, based on surveys of 2,818 people over three months beginning on the Monday after the 2 July election, found 40% were not satisfied with democracy in Australia – the lowest level since the dismissal of Gough Whitlam in the 1970s – and only 26% of people thought the government could be trusted, the lowest level since the poll began this measure in 1969.

Last year the Lowy poll found that only 61% of Australians thought democracy was preferable to any other kind of government, a figure that dropped to 54% among 18 to 29-year-olds. The poll didn’t ask people what kind of government they considered preferable.

Now the Pollinate research agency has added some questions to an annual online survey – testing similar sentiment with slightly more colloquial phrasing. The results suggest more strongly than ever that the asterisk is really the story.

The 54% who thought the system was broken were more likely to be over 35 and to live in regional areas. When asked why they had formed that view, 18% talked about politicians “not caring about the people”, 12% that they “didn’t address the real issues and nothing gets done”, 11% thought “all they do is argue with each other” and 10% said politicians were “just in it for the money”. Unsurprisingly they were more likely to favour smaller parties and independents.

Mostly, politicians respond to this kind of information by trying to figure out how to channel the disaffection to their own advantage.

Tony Abbott says he can see the “failings of the political system” better now that he’s not prime minister, and the “gulf” between political insiders and the electorate is all about politicians failing to understand voters’ “values”, which – surprise! – happen to be quite in sync with his own. Scott Morrison’s budget speech conceded that “not all Australians have shared in this hard-won [economic] growth” and that “many remain frustrated at not getting ahead”. In fact pretty much everyone these days is claiming to be the true representatives of the disillusioned – Labor with policies to address economic disadvantage, Pauline Hanson by railing against the major parties.

But the polls are suggesting the voters’ concerns are deeper. They aren’t just looking for a better representative, they have lost faith in the whole “representative” part of the “representative” democratic system. They don’t want more politicians trying to reflect back the disillusionment their pollsters hear in focus groups, they really do want to shake up the system. And, as the UK and the US has shown, when that sentiment has no outlet except to be expressed through the system, it can result in extreme volatility.

But how do politicians convince voters to trust our democracy, while continuing to fight each other in the way that turned the electorate off in the first place? How do they get people to listen when the drastic disruption in the media makes it difficult for a civic conversation to last half a day and almost impossible to have the kind of nuanced and considered disagreement that is supposed to be the basis of our politics?

The organisation that commissioned the additional questions on the Pollinate survey, the newDemocracy Foundation, has been arguing for years that “citizen juries” are part of the answer – giving groups of ordinary Australians real influence over decision-making and therefore a real stake in engaging with the necessary information. The method has been trialled many times – for example, in South Australia, where the citizens’ panel decided the state should not store high-level nuclear waste.

Unsurprisingly, voters like the idea of having a greater say – 71% agreed with the proposition that “every day people should play a bigger part (than they currently do) in governmental decisions that impact their lives, e.g. health, education, transport, taxes”. But interestingly support was almost as strong among those who thought the political system was “the best system there is” as among those who considered it to be “broken”.

Many highly engaged Australians choose other ways to try to force change through more direct and immediate methods – online activism or consumer activism or legal challenges or protest – much to the chagrin of politicians bewildered by having their power challenged.

However it finds expression, this consistent level of voter disengagement from a system that is predicated upon their participation cannot continue to be an asterisk.

Photo: Malcolm Turnbull and Bill Shorten on the morning after the budget. Photograph: Lukas Coch/EPA