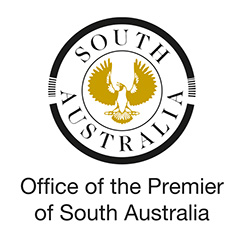 In South Australia Premier Jay Weatherill has continued to use the Citizens Jury methodology as a way of hearing a community view in policy areas where organised – and polarised – advocacy groups can drown out all other voices. Consistent with our position of not working to repeat past methodologies, in this case NDF was not the full service operator of the process – this was easily handled by the Department of Premier and Cabinet working with a recognised independent facilitator.

However, what DPC did recognise is the difficulty in conducting a recruitment process which the public trusts. Rusted on citizen cynicism (occasionally well earned!) means that everyday people may view community engagement processes as being stacked with friendly faces if conducted by the Government itself – there will always be something of a problem with being both poacher and gamekeeper. As a result, NDF offers government a basic service to conduct independent recruitment for jury processes.

With our entire reason for operating being to build trust in new forms of public decision making build around the random selection of citizens, even the most hardened conspiracy theorist tends to acknowledge that purity of process and total independence in operation aligns to our own self interest. We simply do not care about any final policy position to be able to be influenced through the recruitment phase.