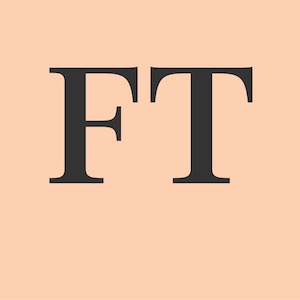 Much has changed since democracy emerged 2,500 years ago. Women vote. We do not kill or exile politicians who mislead us. We choose representatives to make decisions on our behalf. Our civic responsibilities are hardly ever enforced. Occasionally, we make our way to a conveniently located polling station, cast our vote in private, and trust others to count it. We are allowed to vote without knowing anything about who or what we are voting for. Often, we don’t vote at all.

It is impossible for many reasons — some of them excellent, like female suffrage — to replicate ancient Athenian democracy, but there are certain things the ancients did better than us. The

Greek word idiotes — “private citizen”, from which we get the English word “idiot” — had the negative connotation of someone who was isolated from public affairs and ignorant. The earliest democratic citizens were expected to engage in open debate, to scrutinise the claims of orators and hold them to account, and to vote on personal conviction rather than with the herd. The orator Pericles, in his eulogy of Athens in 431BC, boasted: “We are unique in considering the man who takes no part in public affairs not to be apolitical, but useless.” Apathy was not an option, because if democracy failed, the Athenians knew that tyranny would win.

If the Athenians had faced an election such as the one the British public are facing on December 12, they would have brought a much-needed zeal — even professionalism — to an occasion many modern voters regard with dread. Almost every week, they were summoned to vote on issues ranging from tax rates to foreign policy, on a rocky plateau overlooked by the Acropolis. Here at the Assembly, they would listen to speakers on both sides of the debate, before making up their minds. Anyone was welcome to challenge or amend the motion. Human error and bias were present then as now, but at least a captive audience of voters resulted in a basically informed and engaged electorate — something that we can hardly boast of today.

Instead of holding elections, Athenians trusted each other to share power. Every year, several hundred ordinary citizens would be chosen at random to serve in public office, like being summoned for jury service today — a process known as sortition. Together, they would prepare legislation for the year’s voting agenda and run the state administration before being replaced and returning to private life.

Anyone brave enough to seek political influence at the Assembly would be at constant risk of prosecution for “misleading the people”. Very few modern politicians would have survived the fierce scrutiny, especially not the Oxford classics graduate Boris Johnson, who claims Pericles as his idol. Ironically, his adviser and fellow ancient history student, Dominic Cummings, is an avowed fan of sortition. When I interviewed him in February, he claimed that “if you’d taken 25 random people three years ago, after the referendum result, and put them in charge of Brexit, they would have done a much better job than these clowns.”

Messrs Cummings and Johnson are both familiar with the brutal but ingenious process of ostracism, by which Athenian citizens would vote for the political figure they most distrusted. The highest-scoring candidate would be exiled from Athens for ten years. If, instead of a general election Britain held an ostracism vote, there would be plenty of ballots bearing not only the prime minister’s name but those of other party leaders. We would be selecting the most unpopular individual, rather than the most popular party — arguably a more precise method of improving the democratic landscape, given the potential for deterring bad leadership. Mr Johnson, take note.

The writer is the author, with Andronike Makres, of ‘Power and the People: Five Lessons from the Birthplace of Democracy’