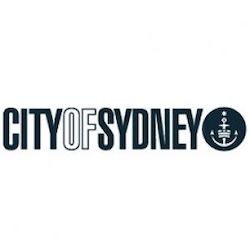 You can read the Citizens’ Jury’s full report here.

In its Sydney 2050 plan, the City of Sydney will listen to the community and then outline what it sees as the shared future vision of what the city can become. The City has engaged newDemocracy to design and provide oversight of the Citizens’ Jury. We will operate a deliberative process with approximately 50 randomly-selected members of the community who will meet 6 times between August and November to produce recommendations that will be handed unedited to the Lord Mayor for a direct response.

All cities experience that there is a significant gap between this idealistic aspiration and the practical reality: lots of people are left feeling unheard and aggrieved. While large numbers of people engage, all governments suffer from the fact that they tend to talk to the converted and those with an active interest: those turning up to events and engaging online are largely cheerleaders or those hoping to secure a direct benefit, while those who don’t feel heard simply stop trying.

This might be OK, except for the fact that the unconverted have access to other outlets: they write to newspapers and call talkback radio in an often-successful effort to create controversy. And when you are responsible for a capital city there is a predictable level of opposition eager to fan these grievances. The suburban isn’t newsworthy the way a metropolis is.

This is then compounded by the fact cities are complex: due to limitations on time and what people can reasonably read, stakeholders are often offered largely cosmetic exercises in ranking variables where all variables are important, and rarely are they pushed into dramatically hard tradeoffs or cost choices. This generates a “leave it to us” mindset on the part of city staff, which only serves to push a problem further down the line when it comes to implementation. It is quite acceptable for community feedback to ask for a “greener city” and an “environmentally sustainable” one. As an opinion exercise, this makes sense. As a judgment exercise, no one is traditionally asked to find a balance in the conflict between the water conservation needed for sustainability with the water use that goes into greening.

Our challenge in this design is threefold. We need to prove to those who think the City is a close-shop, that this offer to engage is transparently fair and open – to the point that it is seemingly impossible to cheat. We need to retain the value of idea generation but then take people a major step further forward into the tradeoff exercise where they understand the costs attached to a decision. We need to integrate detailed expertise without letting consultants sell in their pet projects: experts should be on tap rather on top.

We think this can only be done fairly through the use of everyday people selected via a Civic Lottery which brings together a diverse mix of people with different relationships to the city and asks them to find common ground on which proposals should proceed. Just like a court of law, your contribution will be judged by your peers.

Within a very broad operating environment, our focus is to move beyond a culture of wish-listing and complaint in favour of a process that asks those with a strong opinion to contribute how they see their city in 2050. Rather than “selling an answer”, this turns the tables and asks people how they would answer the question of what concepts and ideas they want implemented for Sydney in 2050. The jury makes it clearly worth their time.

For more information about this and where to make your public submission visit: https://www.cityofsydney.nsw.gov.au/council/your-say/planning-for-sydney-2050-your-ideas-for-action