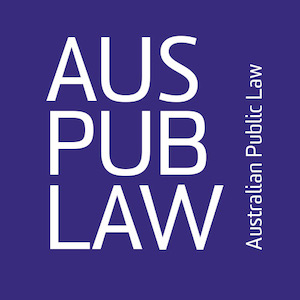 Would a proposal to constitutionally entrench a ‘First Nations Voice’ pass if it were put to a referendum? What about attempts to amend section 44, or replace the Governor-General with an Australian head of state? For years, the conventional wisdom has been that proposals for constitutional amendment must enjoy bipartisan support if they are to have a chance of passing. It is also said that there must be widespread popular engagement and understanding. These and other factors have come to be known as the ‘pre-conditions’ for referendum success.

It is time to revisit the conventional wisdom about what it takes to ‘win’ a referendum. The ‘pre-conditions’ are useful as a guide, but in recent years they have taken on the form of dogma. Politicians, campaigners and commentators apply them rigidly, irrespective of context, and use them as a reason to delay referendums or criticise reform ideas. By placing too much emphasis on these factors, we risk stifling our constitutional debate and stunting our reform ambitions.

This post argues that the very idea of ‘pre-conditions’ is dubious and that the importance of bipartisan support and other factors will vary across different referendums. It further argues that we should shift our idea of what makes for a successful referendum from outcomes to process, and work towards unlocking the potential of referendums to serve as sites for public deliberation on Australia’s constitutional future.

Australia’s referendum record casts a shadow over public debate on constitutional reform. As is well known, just 8 of the 44 referendum proposals since Federation have carried, and it is now more than 40 years since Australians voted to amend their founding document. Governments, understandably, have become pessimistic about the pursuit of constitutional change and are increasingly reluctant to spend the money and political capital to prosecute the case for change. We have reached a point where holding a referendum – let alone one that carries – seems a herculean task.

The steady accumulation of referendum defeats has had a profound impact on how we talk about constitutional reform. We are hypersensitive to the possibility of failure and determined to do what we can to avoid it. Substance and strategy tend to blend into each other: the moment a new proposal is placed on the agenda, commentators compete to offer opinions on whether it is capable of being carried.

This approach is informed by referendum scholarship. Over several decades, academics have studied the referendum record in order to learn the lessons of past defeats. The voluminous literature identifies several contributing factors, including the double-majority threshold in section 128 of the Constitution, government mishandling and public ignorance. Conversely, numerous commentators have examined the record to identify factors that might improve the chances of a referendum passing. A recent account comes from People Power: The History and Future of the Referendum in Australia (2010). George Williams and David Hume argue, in a chapter entitled ‘Getting to Yes’, that ‘[t]he record shows that reform can be achieved if it is built upon five pillars’ (p. 239):

Williams and Hume go on to explain how each of these factors can lead to referendum success. Bipartisan support demonstrates a broad political consensus and firm commitment from the major parties, and removes the threat of an Opposition-led ‘No’ campaign. Popular ownership fosters interest and engagement, education can help to dispel fears and misconceptions about change, sound proposals provide reasonable solutions to genuine problems, and a modern referendum process ensures that the campaign and vote is conducted fairly. The authors demonstrate that the last four pillars, irrespective of their strategic benefit, can improve the democratic quality of a referendum process.

The ‘pillars’ listed by Williams and Hume are useful as a rough guide to factors that may help a referendum to succeed. A problem arises, however, when they are stripped of all nuance and deployed as fixed ‘pre-conditions’ that must be met before a reform proposal can proceed to a vote. Increasingly, this is how the pillars are being used. This is especially the case with respect to the professed need for bipartisan support.

The idea that referendum success depends on certain pre-conditions being met has featured prominently in the reports of expert panels and parliamentary committees charged with investigating constitutional reform. Last month, the final report of the Joint Select Committee on Constitutional Recognition relating to Aboriginal and Torres Strait Islander Peoples drew attention to the pillars mentioned above (p. 107), with the committee co-chairs observing that referendums have only passed where they have enjoyed ‘strong bipartisan support’ (p. ix). The absence of cross-party support was one of the reasons the committee recommended against a referendum on the ‘Voice’ at this time. In explaining its reasoning, the committee emphasised ‘the need for broad political support … for the success of any referendum’ (p. 118).

This echoes earlier statements by the Referendum Council in 2017 (‘bipartisanship, indeed multipartisanship … is necessary but not always sufficient for success’ (p.38)) and the Expert Panel in 2012 (a referendum ‘should only proceed when it is likely to be supported by all major political parties’ (p. xix)). Earlier this year, the Joint Standing Committee on Electoral Matters cautioned against holding a vote on section 44 in the short-term, as the ‘pre-conditions for a successful referendum’ would take time to establish (p. 98). These and other examples demonstrate that the notion that referendum success depends on achieving bipartisanship and other ‘pre-conditions’ is now deeply embedded in our public conversations about constitutional reform and inhibits attempts to put issues to a popular vote.

There are three reasons why we should question the conventional wisdom on what it takes for a referendum to succeed. First, no two referendums are the same and it is misguided to view any set of conditions as capable of applying to all cases. Each referendum is distinctive due to its topic and the political, economic and cultural context in which it occurs. It makes sense that cross-party support could be helpful in some circumstances, but in others it may be unnecessary. Where the government makes the case for change on a salient issue, and enjoys the backing of the crossbench and a grassroots third party campaign, that may be enough to get a referendum over the line. The ‘Voice’ proposal could fall into this category, particularly when we take account of its grassroots origins and potential for support among corporations, sporting teams, State governments and civil society generally. In other situations, bipartisan support could be a liability. On proposals that appear to benefit politicians – such as the introduction of four-year parliamentary terms – it could signal to voters that the ‘fix’ is in. And, in a different context again, the absence of multiple ‘pre-conditions’ may not prove a barrier to referendum success. In 2016, Queenslanders voted for fixed, four-year terms, in line with the positions of the major parties, despite the notable absence of popular ownership, public education and (arguably) a sound and sensible proposal.

Second, the idea that bipartisan support is essential to success is informed by the experience of referendums conducted long ago. It is almost two decades since Australians voted in a referendum and more than four decades since they voted Yes. In that time our political and campaign environments have changed significantly. There has been a major shift in how Australians view politicians and the major parties. Since the republic vote in 1999, trust in politicians has declined and loyalty to the major parties has weakened. We can see the effects of this in the composition of the federal Parliament: following the 1998 election, the crossbench comprised a single Independent MP in the House of Representatives and 12 members in the Senate; today, it is more than double the size, comprising eight Lower House MPs and 19 senators. When it comes to campaigning, third parties such as corporations, interest groups and wealthy individuals are more likely to get involved than they were in the past, and social media has emerged as a space for voters to communicate and learn about the issues. In this new political and campaign setting, voters put less stock in what the major parties say, and seek out and have access to a wider range of information and cues. As a result, we can expect that the positions of the major parties, and whether or not they take a united approach, will have less influence on referendum outcomes.

The third reason to question the conventional wisdom is that the drive to negotiate bipartisan support may, perversely, put a proposal at risk of failure. Working towards cross-party agreement can be fruitful but, in some instances, it can result in minimalist proposals that fail to excite the electorate. It can also lead to paralysis where the major parties are unable to find common ground. The problem here is not so much the goal of reaching consensus across party lines, but in treating that objective as a ‘pre-condition’ that must be met before the push for constitutional change can proceed. In situations where the major parties genuinely disagree on an issue, the cause of reform may be best served by a government that takes the initiative, makes the case for its preferred proposal and then leaves the decision to voters.

Rethinking our approach to referendums: From strategy to process

There is, however, a more fundamental problem with the conventional wisdom: it reflects an unhealthy pre-occupation with referendum outcomes. We are so focused on ‘winning’ the next vote that we have stopped talking about what we want out of referendums, and what purpose they serve in our constitutional democracy. As we continue to debate the future of our Constitution, we should shift our attention from strategy to process. Our objective should not be to win referendums, but to run them better.

We should aim to build referendum processes that are participatory, deliberative, inclusive and fair. These ideals should be pursued from the early moments of brainstorming and agenda-setting, right through to the campaign and the vote. In practice, this may involve the creation of a standing constitutional review commission, the use of citizens’ assemblies (as in Ireland), and better regulation to ensure a level playing field for campaigners and the inclusion of diverse voices. The overall goal is to foster a space for open, reflective community debate about constitutional reform that generates high quality proposals for change, as well as high levels of acceptance and legitimacy.

It is possible that process improvements could make it easier to ‘win’ referendums, but this will not always be the case. Indeed, unlocking the deliberative potential of referendums may require us to become more comfortable with ‘failure’. A ‘No’ vote is currently viewed as a tragedy for reformers – there is a feeling that it is the last word on an issue for a generation or more. On constitutional recognition and the ‘Voice’, for example, many political leaders see defeat as intolerable.

We could more constructively see referendums as part of an ongoing process of constitutional debate. Viewed this way, voting marks the end of one intense phase of public deliberation but, whatever the outcome, the conversation continues and the possibility of future votes remains open. We see this dynamic in Ireland and, most recently, New Caledonia, where people have been asked to vote on the same issues (abortion and sovereignty) intermittently over many years.

This approach may seem fanciful in a country like Australia where referendums have become less and less frequent. But it demonstrates the possibilities that open up when we start to think about referendums as instruments for promoting democratic values, rather than mechanisms for meeting strategic goals. It is time for us to set aside the conventional wisdom and the dubious idea of ‘pre-conditions’ of success. In its stead, we should embrace the opportunities that a process-led approach to referendums provides.