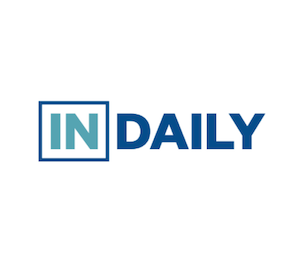 Premier Jay Weatherill has officially walked away from one of the major policy hallmarks of his term in Government, pronouncing the nuclear waste dump “dead” and vowing he will not revisit it if he wins another term in office.

The position appears a significant rhetorical shift from his stance last November, when he pledged to keep the debate alive ahead of a future referendum on the issue of nuclear waste storage, after his own Royal Commission found establishing a local industry could net a “$100 billion income in excess of expenditure”.

At the time, his position was seen by critics both inside the Labor Party and more broadly as a refusal to abandon the nuclear dream.

But asked about the future of the nuclear dump at a public forum in Victor Harbor this week, Weatherill declared the project “dead”.

“Yeah it is,” he reaffirmed to InDaily today.

“I’ve said before that without bipartisan support there’s no prospect of it working.”

Asked whether that meant it would not return to Labor’s agenda if he is returned at next year’s state election, he replied: “No, there’s no foreseeable opportunity for this – that’s our position.”

In November, under pressure from critics in his own party, Weatherill announced there would be a referendum at an unspecified future date on the establishment of a nuclear repository, saying “the only path forward is the restoration of bipartisanship and broad social consent”.

“I believe continued public debate about SA’s role in the nuclear fuel cycle is important and ultimately it is a matter that the people should decide, not political parties,” Weatherill said at the time.

Weatherill today denied he has shifted his position, saying: “I think I’m saying the same thing.”

“The discussion will continue… there’s a Royal Commission report there that will facilitate that [but] it’s just not something that will be progressed by the Labor Party in Government.”

He said the question of nuclear storage was “always going to be a much bigger challenge for the Labor Party to grapple with than the Liberal Party”, which he accused of “essentially shifting their position”.

Asked whether the question would ever return to the political agenda, he said: “Well I don’t know…[not] for a very long time.”

“I can’t see it in the foreseeable future.”

However, he said he did not regret staking the proposition on the outcome of a Citizens’ Jury, which roundly rejected the option.

“No, I believe in democracy,” he said.

“I think some valuable things emerged from that.

“One of the things that emerged is that there was an expression of solidarity by the wider community with the Aboriginal community… Aboriginal people would need first to be comfortable [with the proposal].”

After the Victor Harbor forum, Conservation SA chief executive Craig Wilkins said the rhetorical shift should be enshrined in Labor policy, calling on Weatherill to “bury the nuke dump plan for good”.

“This dump plan has cost public funds and caused public concern… it’s now time for Premier Weatherill to formally and finally end it,” he said.