The Australian economy has experienced twenty years of economic growth. A remarkable performance that is unprecedented both historically and in comparison with other OECD countries over the period. Yet during the same time we have also witnessed a decade of democratic decline. Only 42% of Australians are satisfied with the way democracy works, 60% of citizens describe the standards of honesty and integrity in Australia as low, trust in politicians and the political process are at their lowest level and remarkably Grey Australians are amongst the most disaffected![1] This is the group of Australians that have benefitted most from both the post-war settlement in terms of social entitlements (e.g. health, education and pensions) and economic conditions (e.g. growth, the property boom and superannuation). All the socio-economic data suggests that they should be pigs in clover. However, recent data on trust and democracy paints a very different picture. 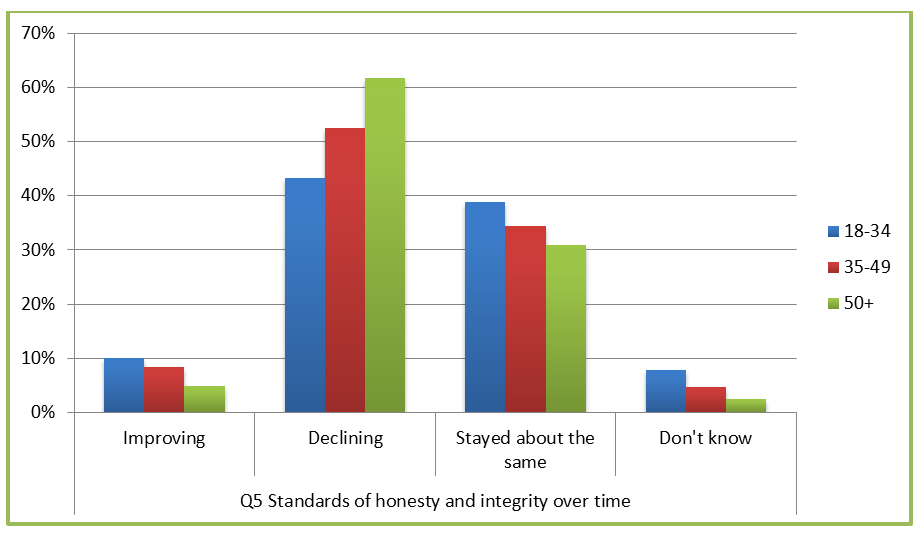 And 68% of Australians aged over 65 believe that politicians are more concerned about looking after themselves. 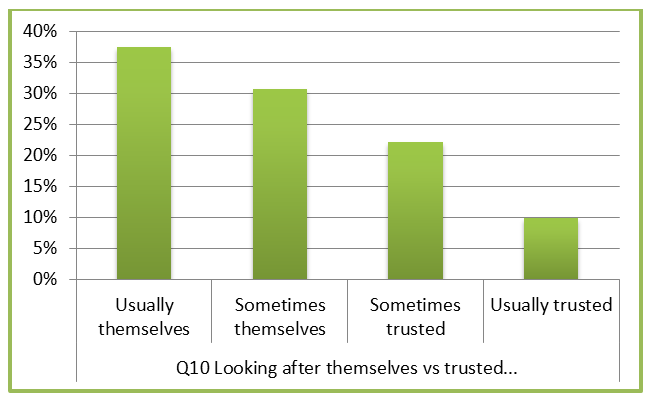 Where do they have confidence in Government?

64% of Grey Australians feel confident in government’s ability to deliver on National Security but only 41% are confident of its’ ability to manage the economy. They also question competence in issues of Climate Change (48%), Industrial Relations (47%), and Health and Medicare (47%). Moreover, 52% of Australian’s over 65 feel that the Government is run for big interests, whereas only 15% feel that it is run for the benefit of all. 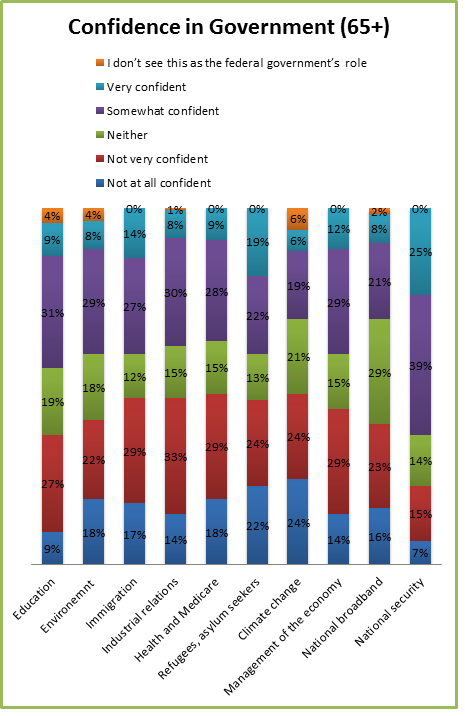 Given that 68% of Grey Australians identify the ‘Management of the Economy’ as the most important issue in Australia today followed closely by Health and Medicare at 63%, this is a significant finding.

Why are Grey Australians so disaffected?

The evidence suggests that they simply don’t like the norms and values of contemporary politics that are presented in the Magic Kingdom (Canberra) and the way decisions are reached. They perceive the politics as too adversarial, self-serving and disconnected from the needs and aspirations of everyday Australians. Hence they support a new politics that ensures greater political accountability, open and devolved government and consensual decision-making in the national interest.

Why is this important?

Morally it is deeply worrying for the health of our democracy that Australia’s most respected cohort of citizens are so disillusioned with how Australia is governed. Indeed the political ramifications are very significant. Between 1994 and 2014, the proportion of Australia’s population aged 65 years and over increased from 11.8% to 14.7%. Projections suggest that over the next 30 years, the proportion of the population over 65 years will double to around 30 per cent.[2] This demographic trend combined with the observation that Grey Australians are the most politically active group of citizens in Australia means that political parties ignore these trends at their peril.

[1] Unless otherwise stated all data is taken from the IGPA/Museum of Australian Democracy Report, Power of Us. A survey of 1,444 Australian citizens conducted in February and March 2016 by Ipsos.

IGPA/Museum of Australian Democracy (2016), Power of Us Survey. Ipsos.

Professor Evans is the Director of the Institute for Governance and Policy Analysis, University of Canberra

Max Halupka is a research fellow at the Institute for Governance and Policy Analysis, University of Canberra. He is also Managing Editor of ‘The Policy Space’

Gerry Stoker is Professor of Governance at University of Southampton.