Similar to the argument in favour of political advertising is that third party donations are a form of freedom of speech . A contrary view suggests that they significantly reduce public confidence in the motives of our elected representatives due to the perception that donations are only made in expectation of a commercial return, rather than as an altruistic contribution to civic life.

Following the 1984 election, the major parties acted in a bi-partisan manner to jointly propose reimbursement per vote with a 10% threshold of votes cast required to earn payment – a hurdle which created a signifant challenge for the Democrats.

The legislation of 1984 was intended to address the high costs of campaigning and limit the role of donors by moving to a purely publicly funded model, but unlimited private donations were still permitted by the new legislation as a trade-off with the Democrats for lowering the threshold to 4%. This threshold remains today.

The parties now receive $2.39 per first preference vote received for both House of Representatives and Senate votes, with $49m owing after the 2010 election. Full details here

When looking at the role of donors – particularly with a view to evaluating the merits of a freedom of speech argument – it bears consideration that only 4% of donations to major parties (measured by value) come from donations of $1500 or less. At the same time, 48% of funding is in the form of donations of $25,000 or more. (pg 32 of this document ). J-C. Tham has written extensively on this subject within Australia.

The importance of removing donors (including private, corporate and union donations) from the system is to restore confidence. The limitation would have minimal impact on policy formulation and staffing if combined with the significant reductions in political advertising suggested.

Reduction in Cost: elections around the world are becoming exponentially more expensive. A core democratic ideal is the capacity for any citizen to be able to secure office – and a soaring financial barrier to entry is a significant barrier to be removed in efforts to offer voters the best possible pool of candidates from which to select.

A More Representative Parliament: the capacity for an engaged independent citizen to earn representation is an important principle to preserve. The present structure engenders a necessary ‘careerism’ in elected representatives given the fulltime nature of fundraising and promotion.

Simplicity: simplicity is viewed as an advantage in and of itself, and is expected to have the likely effect of increasing public trust and confidence in the elected group. The increase in trust should provide a stronger mandate to successful candidates.

A key concern to be addressed is the capacity for unpaid campaigning activity to take place and how this could be regulated.

The most comprehensive set of arguments against limiting donations is found (in a US context) in the book by John Samples referred below. He highlights that there is little to no evidence that campaign contributions really influence members of Congress, and that ‘negative’ political advertising actually improves the democratic process by informing voters.

No single origin for the movement to reform the role of donors has been clearly identified.

No legislature that we are aware of has banned private donor funding, hence there is no data presently available to evaluate. The Foundation would seek to measure public confidence before and after an election run without donations to identify if it is effective in practice.

A related area of research is to identify whether the public in various electorates view this as an enhancement to their democracy or a constraint on free speech: as a public confidence measure its viability is largely measured by public perception and evoked response questioning.

As ever, being an informed citizen and circulating ideas to your colleagues is a valued starting point. Like many reform areas, many citizens consider change impossible. Getting this issue onto the public agenda through letters to the editor is a valued contribution. Importantly, referencing some of the facts contained in this piece (such as how few donations are small donations) will contribute to public interest and appetite for change. 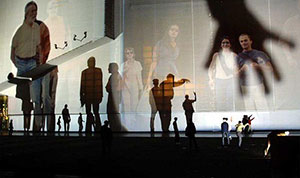