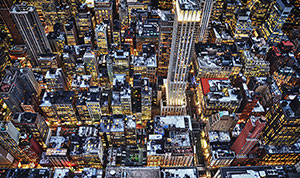 Now law in Oregon, this concept was originated by Ned Crosby and Pat Benn. This would see random samples of several hundred voters drawn by the Electoral Commission to explore individual elements of policy proposed by all parties and independents.

The group meets over a period of several months and is able to hear from experts as agreed to by the group. The requirement is for them to produce a short explanatory consensus paper on a given issue which is then disseminated en masse to the citizenry. In Oregon, it is included in the ballot paper materials handed out at the polling place. Another option would be to redirect some of the funding currently provided to the major parties for advertising and marketing to allow for mass media publication of the group product.

It is important to note that on random samples of over 150 people, this group would be highly representative of the population as a whole – thus will roughly include the mix of political ideological views held in the community. Its benefit is viewed as providing a trusted and less partisan voice into the electoral process: these representatives cannot stand for re-election, do not raise funding, and have been shown to be less extreme in their views.

It is thought that this aids in candidate and policy evaluations where media and political advertising trust is low and reform will not serve to meaningfully change this. In short – it adds a more trusted voice. Moreover, if combined with the option below, it allows for a more reasoned vote to be cast – less skewed by candidates with higher spending on point-of-voting materials and larger pools of volunteers.

Critics of the idea of the “informed voter” are generally correct: it is implausible to expect anyone to be familiar with all the competing information and policies on the array of highly complex decisions addressed by government. This is compounded by the nature of media – with a preference for comment and a focus on “the battle” – obscuring baseline factual information. This reform seeks to provide a representative sample with the fullest possible set of information and access to expertise and asks them to compile a summary opinion, thus substantially addressing the barrier of knowledge a voter faces today.

In practice, the panels have shown themselves to be highly capable of judgment and not drawn toward self interest (examples are given in the case Studies published here). Critically, they have also consistently earned public trust as a group with a common voter response being along the lines of “I can see it’s a very complex issue, but I trust this group that has explored it in detail as they have nothing to gain by the decision – no donors, no factions, no chance of a nice job as a result – so I am happy to listen to them.”

“People don’t know enough to make a policy recommendation in your Citizens’ Panel – we should leave it to the experts.”

A key point to think about is that we as citizens may not have knowledge about every issue, but we have the capacity for judgment. If provided with sufficient time and information, then citizens will be able to reach insightful conclusions on seemingly complex areas of policy. Worth noting here is that our current representatives receive briefings from departmental experts and are not expected to enter parliament having independently acquired this knowledge.

Statistically, you actually can. Take a look at the tools attached in the Further Reading section.

Ned Crosby and Pat Benn formed The Jefferson Center in 1974 and enjoyed early success in its mission to explore new democratic processes through its pioneering use of The Citizens’ Jury.

In 1992 the League of Women Voters of Pennsylvania teamed up with the Center to conduct a Citizens Jury focused on the U.S. Senate race between Arlen Specter and Lynn Yeakel. This project was praised in editorials in The Washington Post, Philadelphia Inquirer, and Pittsburgh Post Gazette with one paper commenting that the process was “a portrait of democracy the way democracy is supposed to be”.

However in May 1993 the Internal Revenue Service informed the Jefferson Center that its tax-deductible status was going to be revoked retroactive to 1990, and it was going to be fined for having run projects to evaluate candidates on their stands on issues. The Center objected strenuously and fought the IRS for three years, but to no avail. Finally, a settlement was reached where the IRS agreed to take no action against the Center, on the condition that the Center would no longer conduct projects to evaluate candidates on their stands on issues. This ruling was seen as significant enough so that it was mentioned on page 1 of the August 7, 1996 Wall Street Journal. After this point the Center found its influence diminished.

By mid-2008 it was clear that in-depth deliberative methods such as the Citizens Jury and the Citizens’ Assembly of British Columbia were once again attracting attention, especially at the level of state governments. In 2009 the Center expanded its board to six and decided to focus on Initiative reform in Oregon that uses the Citizens Jury model, acting as fiscal sponsor for the Healthy Democracy Fund, Healthy Democracy Oregon’s new 501(c)(3) arm.

The model is now well understood and extensively trialled.

Citizens are encouraged to request the chance to be heard through processes such as this by contacting their State MP. Processes involving transport, infrastructure or planning are particularly well suited. The Foundation will assist where MPs are supportive of the concept.