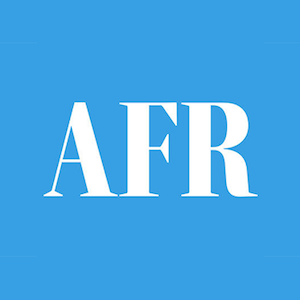 Longer terms for federal Parliament, an independent speaker and Senate president, curbs on donations and even changing the seating arrangements for MPs are among the recommendations of a panel of academics, former politicians and industry chiefs designed to restore faith in Australia’s “fraying” democracy.

A report entitled Reforming our Democracy and published by the University of Melbourne and the newDemocracy Foundation makes a total of 15 recommendations which it has asked the major political parties to consider ahead of the May 18 election.

The paper says the current seating arrangements in both houses, in which the parties face off against each other, “promotes a hostile” approach.

“Australia’s democracy has been critical to our nation’s success, but it is frayed and public confidence in our system of governance is in worrying decline,” it says.

“The list of initiatives has been selected because they are practical, realistic and achievable. They will not solve all the problems of our democracy, but they are a set of good next steps for the next Parliament.

“The diversity of the political backgrounds of our signatories and the experience of our experts should give you confidence that this is a list of reforms that are implementable.”

A key recommendation is to look at extending the federal parliamentary term beyond the current three-year, non-fixed terms.
Labor backs four-year terms, something which would require a referendum, to bring the federal Parliament in line with the states. The democracy paper stops short of nominating a number.

“By world standards, Australia’s three-year parliamentary terms are exceptionally short. The problems this creates are further exacerbated by their unfixed nature,” it says.

“Extending the current three-year term in the House of Representatives would result in greater certainty and political stability and would allow governments to commit to longer-term policy making.”

The review calls for an independent “quasi-judicial” speaker and president , both of whom would attend party-room meetings and could not be easily removed by the government of the day.

“Appointments would be awarded to people with expertise and understanding of parliamentary practice and procedure. One option would be for the role of speaker and president to be made up of a small panel that are chosen by a bi-partisan parliamentary committee.”

The paper says the current seating arrangements in both houses, in which the parties face off against each other, “promotes a hostile and at times unhelpful form of parliamentary debate which divides parliamentarians along party lines.”
It proposes a trial of a ballot system that would randomly allocate seats “so MP’s are not always seated alongside party members”.

Lobbyists should be more tightly regulated and senior appointment to the public service. The judiciary and major statutory bodies appointments should be made only after an independent vetting process and the Parliament given the opportunity to scrutinise and comment on the appointment.

It also proposes a trial in which ministers would answer questions during Question Time from a lectern near the speaker rather than across the dispatch box directly opposite their opponents.

It calls for real-time disclosure of donations above $1000, placing an annual limit on donations and limiting what candidates, political parties and other political organisations can spend on campaigns.

“This could be coupled to a new requirement that commercial electronic media operators provide time without charge for political messages,” it says.

The paper also calls for greater transparency from political parties, for voters to be provided with information packs on their candidates, and stricter truth in advertising provisions. 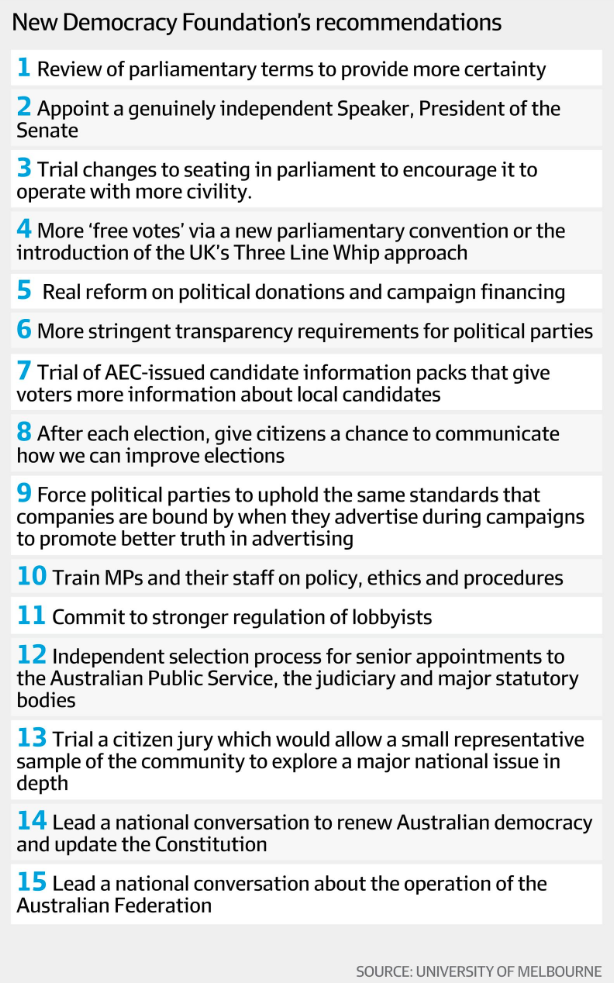