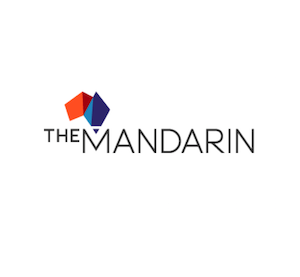 A small Belgian city tries out a new governance system that gives 25 Average Joes and Josephines decision-making influence on the management of important social issues.

When people think of Belgium, it’s bureaucracy and Brexit that typically spring to mind. The multicultural achievements of this polyglot country are smothered by its reputation for red tape.

Not many Australians would know that Finance Minister Mathias Cormann was born in Belgium’s municipality of Eupen, in the province of Liège; even fewer know that Eupen is the capital of the German-speaking community, and like the Dutch-speaking Flanders to the north and the French-speaking Walloon to the south, it has its own parliament.

In July 2018, I, along with 14 other international academics and practitioners, was invited to Eupen to propose a permanent Citizens’ Council—the first of its kind in the world—as a complement to the region’s elected parliament.

On February 25, 2019, the Eupen parliament agreed to proceed with our proposal.

One might suspect the introduction of yet another layer of stultifying administration is typical of Belgium. But this time it’s radically different: the Citizens’ Council elevates a group of everyday people to the same level as elected politicians. As democracies across the world strain to connect to disaffected voters, the model might well be what’s needed.

Out with the politicians…

Democracies have, of course, used many different types of citizen-participation techniques in the past.

Politics is often portrayed as a struggle between competing ideas, with one winning in the end.

Adversarial debating, strong polarization and a bias toward negativity are the hallmarks of the confrontation. Even in societies with multiparty systems that have a tradition of coalitions and consensus, the framing is usually about which party got the most out of a political negotiation.

The central weakness with most of these existing types, such as elections or town hall meetings, is the ‘self-selection’ of the participants.

Decades of research has shown that when organized in this way, only a very specific group within a society participates in politics.

The usual suspects hold university degrees, are male (although this is changing in several countries) and rarely include younger adults. Minorities are also under-represented. Hence, the politicians do not in reality reflect the larger population.

Moreover, as parliaments have a fixed number of seats, politics is a zero-sum game: a party can only win more seats if another loses those seats. Any accommodating attitude is shunned, as no party wishes to improve the fortunes of the other. Collaboration is stillborn.

…in with the citizens

There is growing awareness that not only does selection-by-lot make for a more representative group, but it enhances deliberation and the resolution of public policy issues as well.

When citizens come into governance roles carrying no election platform, they have no incentive to outshine their conversation partner.

Citizens, when hearing information on a topic or taking a decision on an issue, know they won’t be criticized by the media for changing their mind or moving away from the party line.

But non-politicians are political, too

Of course, citizens bring their own particular views (read: biases) on a subject.

The challenge then becomes managing these diverse opinions to ensure the more confident and charismatic personalities do not dominate the discussions so that everyone feels as if they’ve had their say, and all have heard from every relevant stakeholder and sector expert.

Skilled facilitators help direct the process towards a decision that is informed and truthfully reflects the views of the group.

When these conditions are met, citizens are very capable of coming to educated determinations about sometimes very complex problems.

This has been demonstrated in citizen council assignments ranging from nuclear-waste storage or infrastructure planning.

If such practices are embedded in the current system, they have the potential to rekindle trust in politics. With this pioneering reform, it looks like Belgium could be a world beater once again.