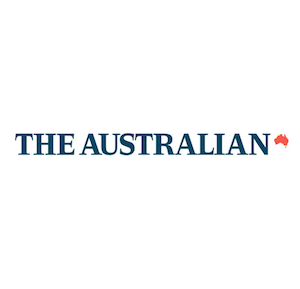 We come from different political backgrounds and views but we share one strong central belief — our political system appears to be broken.

It’s time to fix it and we hope this is the year that the fix starts.

We need to try some bold ideas. Tinkering with the edges won’t repair a toxic system that is paralysed by the “politics of politics”.

Australia’s politics is adversarial. It’s not about being bold or achieving the best outcome. It’s more and more about minimising risk and avoiding failure. It rarely results in successful policy or the building of public trust.

We say this while acknowledging our own mistakes and failings when we were forced, by the ­voters, to work together in Australia’s first (and only) Liberal-Labor government (Newman as Liberal lord mayor and Hinchliffe as Labor deputy mayor with a Labor majority in the Brisbane City Council). We made mistakes but we also produced results and we learned from the experience.

Imagine if you established a business tomorrow, set up a board and drew a line down the centre of the boardroom table and told the directors on one side they are “in complete charge” and told those on other side “you have no say and your job is to oppose everything the others say and do”. How long do you think that business would work? Yet that is essentially the way the biggest businesses in our nation is run — the business of governing Australia and our states.

The Westminster system has served us well for centuries but in the age of social media and the 24-hour news cycle, “fake news” and “click bait”, it is failing us.

The zero sum, winner-takes-all battling just doesn’t cut it in this country and in this century. Not only does it not get the very best out of our elected representatives, it often drives politics into the gutter and propels politicians at each other’s throats. It gets the very worst out of people. It’s undignified, uncharitable and, most of all, increasingly ­unproductive.

Should the vote Queenslanders exercised in late November be the beginning and end of our democratic process for three years? It shouldn’t be but under our system it is. We can still have a parliament but we can have real democracy inside it as well as outside if we commit to changing the system.

Does parliament in its current form guarantee sound, long-term strategic planning, long-term ­decisions, evidence-based policy ­development — or bravery? No. Because it’s not just which bums are on which seats that guarantees functional democracy.

And let us not forget the people. We the people are not blameless in this. We will still make unrealistic demands of government to come up with simple solutions to complex problems without it costing us any more in taxes.

Well, what’s to be done?

We both belong to a nonpartisan, independent think tank called newDemocracy that is working on better ways to do democracy. A range of people is with us from across the political divide: former Labor politicians such as Maxine McKew and Geoff Gallup, and former Liberal MPs such as Nick Greiner and Fred Chaney. It also includes heavy hitters in the business community, the not-for-­profit sector, the public service and academia.

Recently newDemocracy held symposiums in Melbourne and Sydney. We have proposed the ­establishment of an independent, nonpartisan commission to ­restore trust in Australian democracy and to promote long-term ­decision-making.

We have private funding of $5 million to help start the process.

The Trust Commission, once established, would examine: electoral reform such as fixed-terms and specific election dates; dra­matic changes to campaign ­donations and campaign ­expend­iture; ­reform of the parliamentary process to create a more inclusive, co-operative and civil deliberative process; and reform of policy ­development to ensure evidence-based decision-making.

The Trust Commission would then present and advocate a road map for change to all parties and independents in all parliaments and councils throughout Australia. It would also mobilise the Australian community through social media, not simply to oppose things but to advocate for real change — change in our institutions, change in our behaviour, change in our thinking and perhaps constitutional change.

We realise the enormity of the challenge. We can only succeed if we have good men and women from all parties, all walks of life and all sectors of the community supporting a process for positive change, instead of splintered angry groups negatively agitating in their own little bunkers.

Old partisan trench warfare is not going to reform the system; we have to get out of the trenches.

For those who say “that’ll never happen”, something just like that happened at Brisbane City Hall for four years from 2004-08.

We included Liberal and Labor in our cabinet. We shared all high-level documents from our public service. We joined to develop a 2020 strategic plan for Brisbane that continues to this day. We ­rewrote the city plan for the CBD.

We agreed that no development application that came to council would proceed unless it had joint support.

Pundits said this unlikely odd couple, this coalition of the ­unwilling, wouldn’t last four days. Some desperately hoped it would crash and burn.

It wasn’t easy and, yes, we both bear the scars.

We’ve seen the system from ­inside and we know how broken it is. But we’re determined to work together to help fix it.

We have not lost hope. We hope neither have you.

Or a way around the firewall is by searching for the title of the article in google.