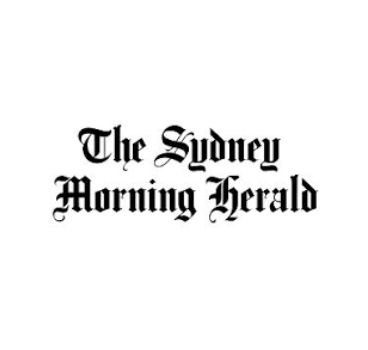 Australia has just conducted “probably our boldest electoral experiment since the military conscription plebiscites of 1916 and 1917”, in the words of Liberal Senator Dean Smith, the author of the private member’s bill that will now carry the result of the marriage plebiscite into law.

“At a time when public faith in political institutions is being sorely tested, even opponents of the postal survey or plebiscites more generally” – and they included Smith himself – “must concede the Australian people have reminded us that they are the true custodians of our civic character.”

Freed of their partisan constraints, and with an unmistakeable mandate to fulfil, there is consensus that our parliamentarians will now change the marriage law swiftly and effectively and with some semblance of dignity.

But then they immediately tell us that we mustn’t let it happen again. Que? If it’s such a good outcome, why can’t we make use of the plebiscite mechanism more often?

“Because,” Dean Smith tells us, “of its corrosive effect on representative parliamentary democracy.”

We heard this again and again this week, from politicians and academic experts. The plebiscite was great. Now never do it again. We mustn’t undermine the vital principle of representative democracy, they warn us.

As the name implies, in a representative democracy it’s the representatives who make the decisions on the people’s behalf. The people get to choose a local MP and some senators every three years, but then that’s the end of their say. They have delegated all their power to their representatives.

But, as Smith acknowledges, faith in this system has collapsed. And the people who’ve undermined it more than anyone else are the representatives themselves.

As the keeper of the Australian Electoral Study, ANU’s Ian McAllister, told us after the last election: “Trust in politicians is at its lowest at any time since we started surveying it, all the way back to 1969.”

The latest figures were so low that McAllister said he “thought it was a data loading error and I had to go back to check the numbers.” Over that span the proportion of voters saying that government in Australia could be trusted fell from 51 per cent to 26.

The same sex marriage plebiscite was called because the political system was incapable of making a decision. If the system is failing and Parliament paralysed, why not use plebiscites more often?

It’s always possible that public opinion alone can lead to perverse outcomes, as we saw this week. The NSW government says that Sydney’s newest public ferry is to be named Ferry McFerryface, the result of a public naming competition. The other five new ferries are named after eminent doctors like Victor Chang or Aboriginal leaders like Pemulwuy. The ridiculous name of the sixth is an example of how public opinion sometimes needs to be tempered by leadership.

In the case of a plebiscite, where the parameters are set by a government and where the results are not binding on a government, power remains in government hands. Yet the official survey can provide public participation and civic direction. And in this case, it has broken the parliament’s paralysis.

Is our democracy so perfect that we can’t innovate?

Democracy has evolved in many ways, in many countries, over many years. In fact, John Keane, professor of politics at Sydney University, says that we’ve already moved beyond the pure system of representative democracy.

He puts democracy into three ages. First was assembly democracy as practised by the ancient Greeks. Second was representative or parliamentary democracy. Third is the current age – monitory democracy. And it’s not new. In fact, if it were a human, it’d already be in retirement. Keane dates it from the end of World War Two.

“It’s very important to remember,” says Keane, “that by spring 1945 there were only 12 parliamentary democracies left on the planet. Democracy was on its knees. In the late 1940s, slowly, change came about in the language and spirit of democracy. There was a realisation that elections can actually help demagogues. They were stalked by Hitler.”

While Hitler was not elected German chancellor, popular elections made the Nazi party the biggest in the Reichstag and gave Hitler his claim to the chancellorship. He was appointed chancellor by democratic means. Then he demolished German democracy itself.

“The question,” says Keane, “was how do you prevent the destruction of representative democracy? A new phase of democracy had begun. Monitory democracy. Nothing less than free and fair elections, but something much more. The use of institutional mechanisms to publicly scrutinise power and help decide who gets how much, when, and how.”

Of course, in liberal democracies there were already the powerful monitory mechanisms of a free press and an independent judiciary. But since the 1940s “more than 100 types of public power-restraining mechanisms have been born and become part of every existing democracy”.

The Germans implemented labour powersharing in industry, the codetermination system that puts workers on the boards of big companies. Brazil invented participatory budgeting. Central American states, inspired by the Jesuits, came up with the ideas of truth and reconciliation commissions. The US after Watergate put offices of budgetary supervision into every government department.

Australia created the Independent Commission Against Corruption, among the first countries in the world to put an anti-corruption commission inside the structure of government, according to Keane. The Reserve Bank is another monitory institution, taking from politicians the power to set interest rates.

After endless accusations about which political party had the biggest budget “black hole”, the Australian Parliament five years ago created an independent institution to scrutinise government budgets, the Parliamentary Budget Office.

Just this year the Turnbull government set up an Independent Parliamentary Expenses Authority in an effort to end the perennial scandals over politicians’ expenses.

The plebiscite is another: “It’s not often used,” says Keane, “but it’s a significant mechanism for sampling opinion and deciding matters of public concern that stands outside the electoral cycle. It fits into this whole trend.”

Of course, other countries use plebiscites or referenda as a routine part of their democracies. The Swiss, for instance. Where 100,000 citizens ask for a change in the constitution, a referendum must be held. The parliament must debate the result but, crucially, it’s not bound to accept it.

At the province, or canton, level, the system is a little different and it has produced bans on burqas and hijabs on the one hand and some progressive policies on the other.

California’s system of citizen-initiated referenda has fallen into disrepute after producing some perverse outcomes. In particular, the unworkably rigid state budget. The fatal flaw is that the legislature in California must implement a popular referendum decision and cannot reject it or amend it.

John Keane argues that it’s a mistake to overuse plebiscites. “A plebiscite is a double-edged sword – it is a mechanism of democracy but it can be used to weaken elections, undermine respect for parliament and destroy the whole idea of representation and to weaken or destroy other monitory mechanisms like the courts. Populists who use referenda often accuse the courts of being unelected.”

The plebiscite can also be misused by a government trying to override a parliament. That was the story of Australia’s first two plebiscites. Prime Minister Billy Hughes wanted to introduce conscription so a war-weary Australia could continue sending fresh supplies of troops to die for Britain. When he was frustrated by Parliament, he called the plebiscites to try to bully his way through. Both, however, failed.

The plebiscite seems to be most useful in a case of political paralysis where the political class is befuddled, and where a question of values or morality is at stake. Same-sex marriage was such a matter. Complex matters that need careful crafting and political compromise are best handled by a legislature.

The ill-advised case of Brexit, decided by a binding referendum, is a case in point. Deciding the shape and detail of Britain’s relationship with Europe is complicated and subtle, yet the decision was made on anger and poor information. As the economics editor of The Financial Times, Martin Wolf, wrote: “The Brexit shock, combined with the UK’s underlying weaknesses, is likely to make the disappointment for many still more severe. The UK has embarked on a risky voyage in a leaky boat. Beware a shipwreck.”

A key part of democracies is the mechanism for changing a country’s constitution. This is done, almost universally, by referendum. In Australia’s case, at least one and perhaps as many as three referenda are looming. One is to change the provision that prohibits dual citizens from standing for parliament. Another, if Bill Shorten is elected prime minister, could be the question of a republic. A third, one day, might be recognition of Indigenous people in the constitution.

As Australia considers changing its constitution, a reformer and activist, Luca Belgiorno-Nettis, is urging the federal Parliament to make use of another monitory device – the citizens’ jury. His organisation, the not-for-profit newDemocracy Foundation, has convened some 25 citizens’ juries for local and state governments over the last decade.

Belgiorno-Nettis is a tireless advocate who chiefly funds his foundation with his own money and that of his family, generated through their Transfield group. He is urging Australia to look to Ireland’s example for setting up constitutional referendum questions. The Irish use a 99-person citizens’ jury, two-thirds regular citizens, one third politicians. With the benefit of expert briefings, they recommend the terms of referenda.

Belgiorno-Nettis says that it increases trust in the referendum question and supports the democratic process. Judicious use of plebiscites and citizens’ juries can be a useful adjunct to parliamentary processes. Belgiorno-Nettis poses the big question: “How do we do democracy better?” All of Australia would like to see this question answered.