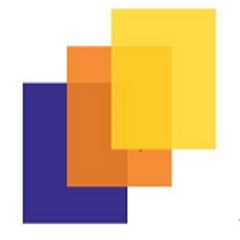 This piece is a reflection by Iain Walker, Executive Director of Australia’s newDemocracy Foundation and a guest at a recent PACE member gathering.

The message I share is well-worn and I can roll into reformist evangelism when first woken if need be. I’ve delivered it to senators and skeptical TV audiences with a smile. Yet somehow, when I was invited to speak at a member meeting for PACE — Philanthropy for Active Civic Engagement — I boarded the plane with nerves I hadn’t known in years. The reason for this is summed up in two words that surfaced on multiple occasions throughout the convening, a gathering of funders committed to civic engagement across America: “the moment.” And I was every inch aware of it, the same way you are.

No one wants to overplay this — everyone must get tired of hyperbole and breathless positions being taken. However, there is something palpably real about this. The pressure on me comes with thinking I have the answer that is right for this moment, and it would be a failure which would haunt me if I failed to convey this to a group with so much capability to embed practical, structural changes in our democracies.

The newDemocracy Foundation is based in Australia, and aims to innovate in ‘how we do democracy.’ Many people complain about the status quo, but we take the view that we need to show people a functional alternative in order to have a productive conversation about how to do things better.

We hold the view that we have a wonderfully trusted public institution to draw on — one which makes major decisions today and is widely trusted: the criminal jury. A randomly-selected group of people (no election!) come together and listen to a diverse range of sources over time, then work together to assess that evidence and see if they can find common ground. Think of the jury results you have heard recently and reflect on your reactions. Even if you disagreed with the decision, it’s unlikely you thought about the impact of unreliable news, or donors, or activists, or backroom deals as critically affecting that decision. It likely earned your trust.

There have been steady declines in our democracy over time, but around the world there seems to be a shared sense of “the moment” — a period when populations will be open to the idea of making public decisions in different ways. One interpretation of some of the global voting swings is that citizens on the Left and Right want a radical change to the status quo. Our job is to make sure we make the system better, and not worse.

“Our democracy has become a large public opinion machine, so we need to counter this with a mechanism which generates informed public judgment. The voting public across the world is reacting against ‘insiders,’ so we deliver something which has “people like me” standing alongside our elected representatives. . . . The jury model has a significant role to play. And we come to you having demonstrated that politicians of Left and Right can see its appeal and will commission projects.”

I remain convinced that a large part of “the answer” is to offer a complementary bolt-on offering to elected representatives which generates ‘the opposite of public opinion’ — and that this is appealing to them. Our democracy has become a large public opinion machine, so we need to counter this with a mechanism which generates informed public judgment. The voting public across the world is reacting against ‘insiders,’ so we deliver something which has “people like me” standing alongside our elected representatives. We can never remove money from election processes, but we have worked out how to remove it from decision processes. The jury model has a significant role to play. And we come to you having demonstrated that politicians of Left and Right can see its appeal and will commission projects.

Our cultural differences are perhaps larger than television would have them appear. As we’re not divided by language, it’s easy to see Australia as much like the United States. Early on, I realized some of my examples are fantastic in Australia but sublimely ridiculous in the United States — our universal healthcare system needing a few dollars per visit supplement is not an example that’s particularly useful, even though it is a genuine symptom of the same democratic impasse you experience. It clearly feels too much like nirvana for its problematic nature to be truly revealed to you. With mandatory voting and the independent adjudication of electoral boundaries we look like we have a series of wins that many Americans may only dream about. Here’s the shocker: we’re actually still in the same moment as you. You might run a flawless ‘get out the vote’ exercise, yet your problems with the intractability of key policy issues will remain because of the entrenchment of policy areas into rigid positions because that’s what is necessary to get out the vote. Some gods are false gods.

I remain spectacularly unconvinced of the likelihood of success of this approach on its own, and I think this is a debate among funders which sorely needs to be had. If you want to change the system, you must deal with its custodians. When you do, those community processes will work better as juries like to hear the results of these processes and will act on the results on their merits rather than out of cold political assessment.

At newDemocracy, we are taking a deliberately top-down approach believing that those in power must be shown this in order to share that power and change how we do things. I have long understood the US leaning toward ‘community driven’ funding preferences and grassroots action. I remain spectacularly unconvinced of the likelihood of success of this approach on its own, and I think this is a debate among funders which sorely needs to be had. If you want to change the system, you must deal with its custodians. When you do, those community processes will work better as juries like to hear the results of these processes and will act on the results on their merits rather than out of cold political assessment. It needs one key realisation to occur: that funders shouldn’t simply empower the insisted voices protesting to be heard in a conversation (often with fairly predictable positions), instead they need to balance this with invited voices — the jury system.

I have felt the “501(c)3 dance” around your requirement to avoid lobbying. As a registered charity, we have the same limitation. We are a research foundation that works with legislatures to find test environments (active public decisions they are facing) as a means of conducting action research on innovative democratic methods. It’s not lobbying. It is pragmatic. In my view, democratic reformers must work with elected representatives on real problems in order to demonstrate the practicality of their reforms, and because the decision to change the system will fall to those who are in the system.

Bear in mind we started out with a focus on eliminating political donations — an area we now totally ignore. Why? Because if we remove all political donations we still won’t solve the challenge of being able to take widely trusted public decisions. It will help. But we are prioritising the largest lever for change: adding everyday people into the highest reaches of our democracy.

We view the problem not as one of bad people with malign intent — though there’s doubtless a few of them around. We diagnose the problem as shallow public opinion responsiveness which will lead to more and more celebrity candidates as name recognition triumphs content.

We have a moment; don’t let this pass.

My vision for this is akin to Greenpeace. Once a ragtag of independent interest groups they united under a common brand to help make a greater collective impact — success in one part of their network could be levered into success in other parts. There is no ‘Greenpeace for Democracy’ and in my view there are great advantages to this being our forum for a shared story. By bringing together existing groups around the world this can be done with comparatively small sums of money.

The core for this group is to create a clearinghouse of the best stories, best approaches and best testimonials from those in elected office. We envision a global Democracy R&D Group who is the first port of call for politicians and governments needing a better way to make trusted public decisions. We have identified and reached out to the global leaders with a track record of success and they see the appeal. At newDemocracy we are writing the first cheques to make this a reality by also contributing funding to a documentary maker covering the nine leading democratic innovation projects around the world into 10-minute story vignettes with media and public broadcaster distribution. Be part of this.

Beyond the core, my aspiration is that some of those Foundations with the capacity to do so will see merit in the efficacy of public offers. Wonderfully, these only cost something when the offer is taken up. Here’s a piece our founder, Luca Belgiorno-Nettis, placed into national newspapers as an opinion piece on the day of our last Federal Election a year ago — affirming that the first step to a better democracy is giving citizens a forum to offer the legislature their views on how to build a system they will trust. There is no reason we can’t run a variant of this in the New York Times this year.

People in the United States spoke to me of division. From President Trump and his supporters through to Hillary Clinton, Democrats and others on the Left I see a tremendous point of commonality — a need to do something radically different in how we do democracy and elections. Its achievable as doing so will deliver a tremendous political dividend to the person who takes this step: democratic reform driven by everyday people is that rare combination of good policy AND good politics. Let’s take that point of agreement and have a jury inform Congress of what it will take to drain the swamp and earn public trust in hard decisions facing this nation.

Iain Walker is the Executive Director of the newDemocracy Foundation, an Australia-based organization committed to innovating “how we do” democracy by discovering, developing, demonstrating and popularizing complementary alternatives to restore trust in public decision making.