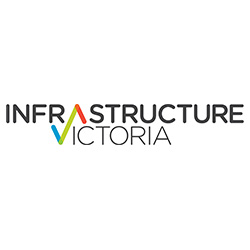 As citizens and voters we all want and value infrastructure. Unfortunately, over the years this has led to the community looking at public decisions about major public investments with a weary cynicism: is this really the project we need, or is this simply a project to appeal to a marginal electorate? This perception is enough to have a dramatic influence on the ability of governments to feel empowered to take the right decision and not simply the most popular decision. Victoria has taken the first step to change that.

The Victorian Government has taken the step of creating an independent infrastructure body with an independent Chair and Board. However, that alone is unlikely to be enough to quell doubts and scepticism built up over a long period. As a result, they have taken the unprecedented decision of starting consultation as their first public act.

Where governments across the world have become renowned for creating draft plans and sharing them for consultation in what amounts to a ‘defence of the draft’, this project delivers the exact opposite. There is no draft solution, and that’s quite visibly the case because the agency, Infrastructure Victoria, has simply not been in existence long enough to have created one. Instead, they are asking two randomly selected juries of citizens a simple, open question:

What should we do to meet Victoria’s infrastructure needs?

Infrastructure Victoria has been tasked with delivering a 30-year plan for planning and investment decisions around which projects should be priorities for Victoria and how these projects should be paid for. This plan will be judged successful if the priorities it allocates are seen to reflect fair decision-making based on evidence and that it incorporates community priorities. The plan will need to acknowledge that you can’t do everything. The decision to invest in A rather than B, must reflect a community view of what is important.

newDemocracy will convene the two Citizens’ Juries to provide that community view.

Process Design: What infrastructure are we prepared to pay for?

Are Citizen Juries the answer to successful decision making? (By David Singleton)