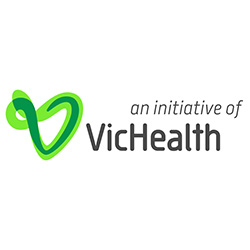 Obesity policy and how to respond is a challenging area for governments around the world. The current situation leads to billions of dollars in care costs borne by the state and its citizens, but efforts to change this rarely survive the test of the daily headlines. Food is at once something we all understand, and this quick reaction makes the application of non-obvious solutions difficult.

This process design is new for NDF: for the first time we are attempting to move more of the deliberation online. Most other design documents here have a heavy (even total) emphasis on in-person deliberation which brings a groupf of 30-40 people together 5-7 times for around 40 hours across three months. Here, the NDF Board and Research Committee were seeking a project to test what could be achieved online, and we were approached by VicHealth seeking a largely online experience with a single weekend’s in-person meeting to find common ground around a final report.

This is also an experiment in working with a larger pool of people (around 100) than we have previously attempted. The increased number has no statistical bearing (anything over 40 is representative, with the next jump in confidence level achieved with 300 participants). It is a strong incremental step in attempting to apply scale to processes that are limited by their small numbers. The desired goal is to generate a wider variety of “people like me” who the community can identify with should the government, industry and community subsequently act on the ideas and concepts which emanate from the deliberative process.

The project carries a notable Steering Group, and recognition should be given to a diverse array of industry and community voices with very different perspectives and positions being willing to participate and sign off to a project where results simply cannot be forecast. It included representatives of VicHealth, the Department of Premier and Cabinet, CHOICE, Australian Food & Grocery Council, Obesity Policy Coalition, Australian Beverages Council, Coles, C-PAN Deakin University, AMA Victoria, City of Melbourne, Tennis Australia and Foodbank Victoria which reflects the scale of the problem at and the collective intent to make the process substantive.

This project contains a number of firsts, and is a high risk trial for which the agency (VicHealth) deserves credit for attempting. Online deliberations (and even decision making) is touted by many, but in order to advance live fire trials like this are critical.

Obesity & Food: An overview in Victoria