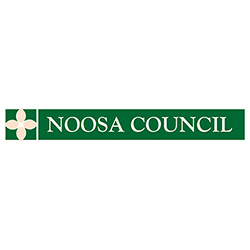 In 2013 Noosa Shire Council de-amalgamated from Sunshine Coast, with the elected representatives ascribing their electoral success (and that of de-amalgamation) to their position of putting more decision making in the hands of the local community. In 2014 newDemocracy was approached to provide advice on structures and processes which could deliver on that commitment.

The Noosa Community Juries were a trial of one potential approach. The two projects aimed to provide a structure whereby critical decisions which affect the entire local community (by nature of service, or by virtue of the cost that would be borne across all ratepayers) were shared with a representative sample of everyday citizens.

As with other processes, the key elements were random selection to achieve a descriptively representative mix of people in the room and the provision of sufficient time and open access to all information the juries requested. Ongoing public statements from the Mayor and Councillors reinforced the desire of Council to act on an informed consensus decisions where they could be achieved.

The first matter referred to a Jury by Council related to reducing organic waste sent to landfill and the tradeoffs involved of environment benefit vs cost to citizens. This was agreed in December 2014 with the first Jury meeting then scheduled for February 2015. Its final report was received by Council in August 2015.

The second subject area to be referred to a Jury was the future management of the Noosa River. This Jury operated from August to December 2015, and the report of the Jury was received by Council in January 2016.

** Please note that the dates have been changed slightly since the process design proposal was provided to Noosa Shire Council. However, as this represents the document approved by Council this is the disclosure copy. It is also worth noting that actual costs for this process were considerably lower than the worst case costings provided by the Foundation. Again, this amendment has not been made in this document, but for reference Council has now confirmed actual expenditure of approximately $43,000 on the initial 6 month pilot process.