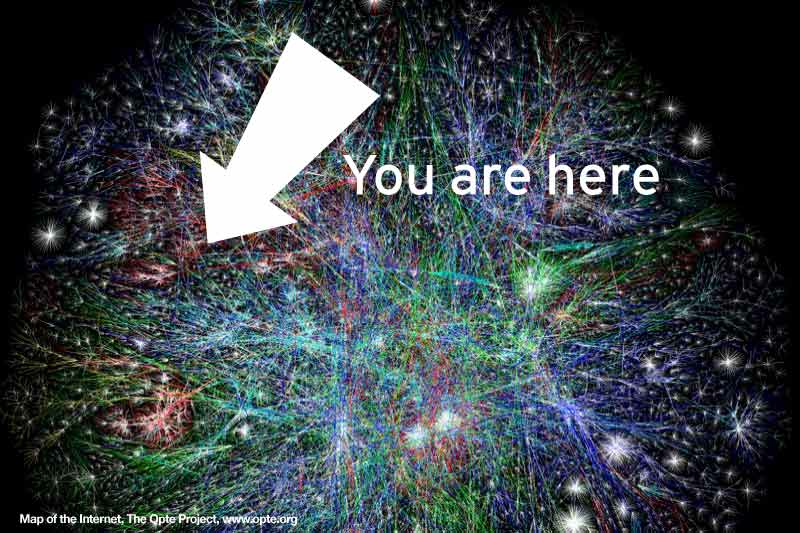 In 1989, Tim Berners-Lee, the British computer scientist, created the world-wide-web, out of frustration; he was frustrated by the existing communication devices, as he wanted to collaborate with his colleagues around the world. You will all remember the ubiquitous fax machine. With the launch of the web, a new era of communication and collaboration was born.

In the same year that the web was created, there was another event of historic proportions: the Berlin wall fell. With the fall of the wall, liberal democracy was set to finally prevail over communism.

Yet, ironically, as dynamic as our democracy seems, with publicly minded politicians lined up in opposition to each other, our democracy frustrates collaboration from the outset.

In my view, we are stuck in pre-internet democracy.

I think democracy can be defined as a system: a system to organise ourselves, for no other reason, but for ourselves. Democracy, like the web, is meant to be for, by and of, all of us. But our current system of democracy is not working that well, for us, any more. In our parliaments, division is the norm; collaboration the exception.

But it shouldn’t be a surprise. Campaigning and debating do not encourage collaboration. We pit candidate against candidate in a win/lose contest. This adversarial model of democracy, is the only one most people know. To be fair, there are few, if any, alternative working models.

However, when democracy was originally conceived, in Greece, it was nothing like what we practice today.

The Greeks didn’t have elections at the core of their system. They elected their representatives by ‘sortition’: a random selection of the citizen class. They then voted on the issue.

Our current model is fundamentally different. It’s based on the one that the American founding fathers established: the model of voting for candidates. The founding fathers actually rejected the very word ‘democracy’. They preferred the term ‘natural aristocracy’. We’ve groomed charismatic and articulate political performers, whose primary skill is to debate and, above all else, to win and retain office. Resolving complex issues of government becomes secondary. But it is not the fault of the politicians. It’s the system we’ve all signed up to.

Even though democracy is defined, in every handbook today, as free and fair elections, it was not the case in the very first book on the subject!

I’m asked, at times, what got me interested in political reform. I don’t come from an academic background or a think tank. I’ve spent a career in a family business, working as an architect in and around infrastructure projects. I became, and still am, exasperated by our politics. I found that political positioning too often compromised good, long term planning. There are numerous examples in my area of work: at all levels of government, national as well as state.

From the current carbon tax debate to Sydney’s public transport debacle. Good planning has become the casualty of adversarial politics. As an investor and professional working across the infrastructure sector, whether in solar power or gas plants, toll roads or tramways, I’m interested in sensible conversations about our future.

We formed a research group: The newDemocracy Foundation. We all thought that there must be a better way to do democracy. John Button said: ‘People are turned off by politics. We need a new involving mechanism’.

There is such divisiveness in our political landscape, here and abroad. Look at the USA. That country’s politics is hardly inspiring. Its popular media is verging on rabid: full of vitriolic, jingoistic, sloganism. Our parliaments, as the first and last bastions of deliberation, are struggling ..struggling because our politicians are busy debating to win the popular vote. As a consequence, the politics of populism dominates.

How can we change? In February 2009, the Foundation undertook Australia’s first Citizens’ Parliament. It was an ARC project with 3 universities: ANU, Curtin and USyd. It received virtually no press at the time, as it happened over the Victorian bushfire weekend. The Citizens’ Parliament was my political awakening. We asked 150 randomly selected citizens one question: ‘How can Australia’s political system be strengthened to serve us better?’

We selected those 150 by starting with the 14 million registered on federal electoral roll. Then we picked out one citizen …every so often, by chance…to get the 150…to match each of the 150 federal electorates. (Actually we sent invitations to considerably more; all still randomly selected, to allow for non- starters.) We had regional meetings of sub-groups in each of the main capital cities.

Then we flew, or drove, all of the 150 to the Old Parliament House in Canberra for 4 days. There were presentations made by ex-politicians, practitioners and academics, including Anthony Green, and former MPs David Hamill and Allanah Mactiernan.

At the end, the 150 were then asked to prioritize their recommendations. The top recommendation was: ‘Reduce duplication between levels of government by harmonizing laws across state boundaries.’ What could be a more sensible recommendation? The second recommendation was: ‘Empower citizens to participate in politics through education.’ People want more of a say, beyond the ballot box, as well as wanting to know more about politics.

The political awakening for me was profound. When citizens are engaged in a collaborative effort, rather than as occasional voters in an adversarial contest, they are more intelligent than we give them credit for. The diversity of a randomly selected group generally makes for better decision making. The criminal court jury is the well known working model, in small scale.

There are also several large scale academic models that point in the right direction: Alex Zakaras’ Citizens’ Senate; John Burnheim’s Demarchy; or Confucian Democracy. If we are serious about reforming our democracy, we need to investigate and trial these and other models.

Citizen participation, in everything we do, including politics, is the reality of this new era. We are not going to turn the clock back on the internet age. ‘Creating the web,’ said Berners-Lee, ‘was really an act of desperation, because (communication) without it, was very difficult.’

I think an equivalent analogy can be made today for our democracy. Political dialogue, without collaboration, is also very difficult. Democratic reform may very well come about because of desperation and a desire to collaborate. We think that many share, with us, some of that desperation…and desire.